While there are over a dozen subspecies of Fox Sparrows, they fall into four main groups: Sooty, Red, Slate-colored, and Thick-billed. The images and diagrams below illustrate the main differences.

Sooty is the darkest, usually illustrated as dark chocolate in most guides. Even the darkest Sooties, however, show some gray on the face and rusty tones in the wings and tail– especially in bright light. I’ve chosen a photo in sunlight to show how lighting can change a bird from dark brown to bright rust. Regardless, the back is solid brown. 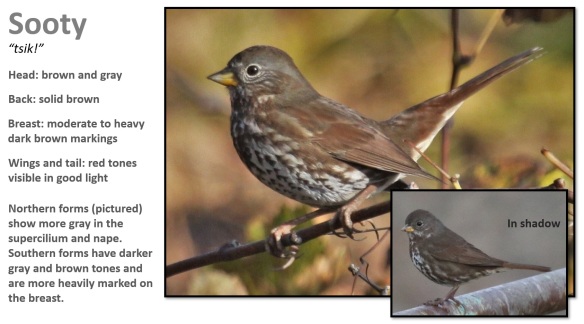 Red is the common form that breeds across the taiga to Nome and Bethel, Alaska, and generally winters in the eastern US. 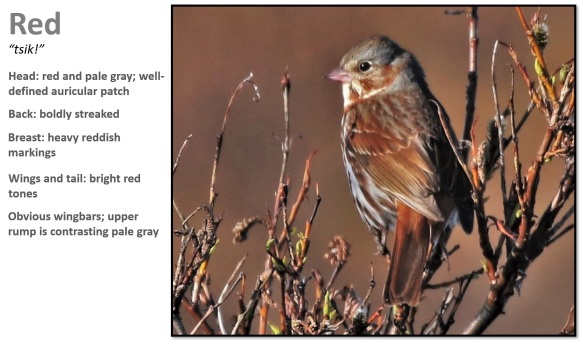 Slate-colored is the Rocky Mountain version, found throughout much of the mountain West. Note that some consider altivagans, from Alberta, an intergrade swarm between Red and Slate-colored. 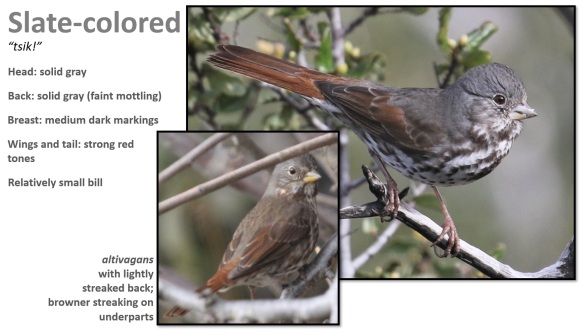 Thick-billed is the southern Cascade and Sierra Fox Sparrow, found in the mountains south and west of Slate-colored range. 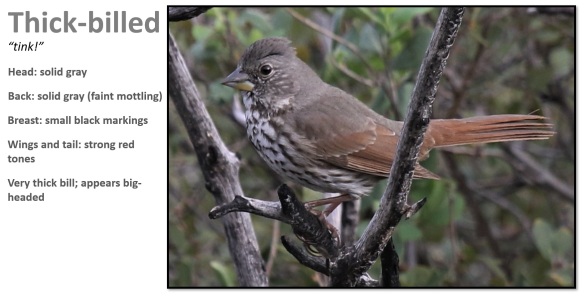 A key distinguishing feature is back color and pattern. 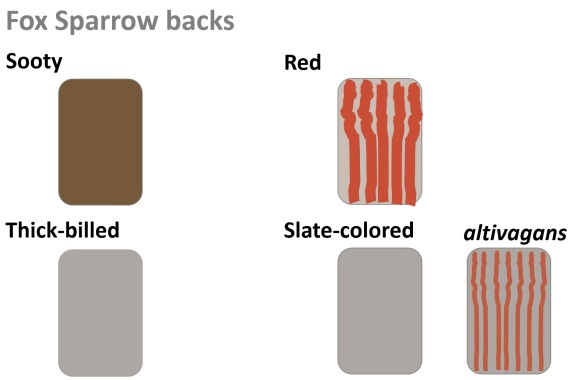 Less useful due to variation, but still helpful, are tail and bill length. 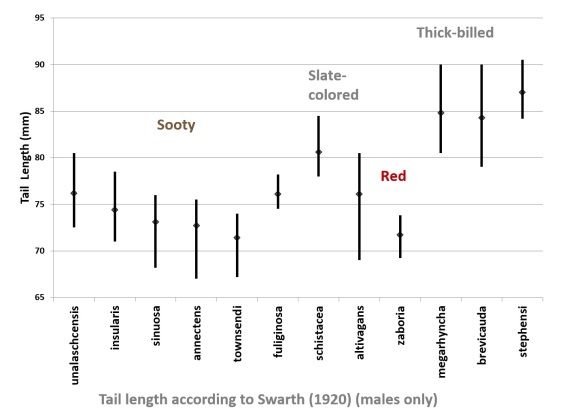 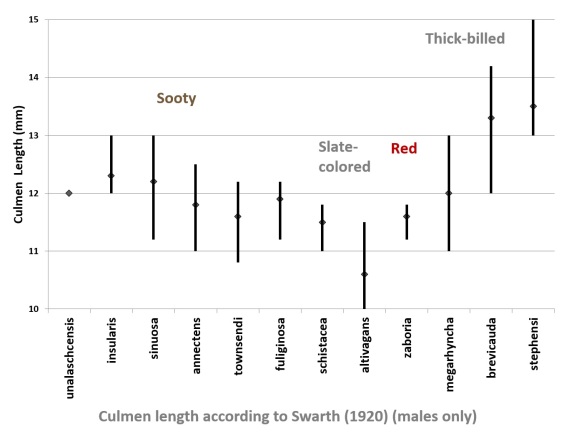 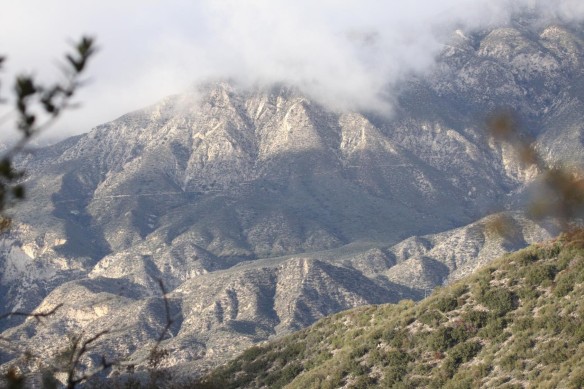 Most forms of Fox Sparrow winter in the lower 48, with southern California host to nearly all subspecies. This photograph shows the green chaparral along the Angeles Crest Highway where a wide variety of Fox Sparrows can be found.

For a more detailed analysis, including discussion of Sooty subspecies, see my paper: